A Bit of Commentary
Why Current Polls are so Inaccurate
Gallup stopped doing polls because they got it wrong in the last election cycle and they felt they could no longer accurately predict elections.
I have studied survey and conducted a poll for a teachers' union while I was in grad school (Ph.D. circa 2013).
Respondents are typically called on a land line - this is hugely problematic since land lines are now an artifact - used by old white people with some money, less so by Latinos and poor people who use cells phones.
It is illegal to call a cell phone using auto dial - but you CAN use voter data supplied by states. So a state poll can include cells but not a national poll, if that makes sense.
Another problem with the current model for polling is they want "likely Democratic voters" which excludes anyone who didn't vote in the Democratic primary/general in the last 8 years. That leaves out Independents, young voters, all new voters, and a large segment of the Bernie voting population. Pollsters have not fixed that . . . yet.
The good news is that any poll that shows Bernie winning is probably correct.
ANALYSIS OF WHY GROUPS DO/DO NOT VOTE FOR BERNIE SANDERS
I have a theory that we are misidentifying the cause of people voting/not voting for Bernie.
1) Many people need only to learn more about Bernie's positions and life-long commitment to give him serious consideration
2) There is a media blackout on him
3) People who are connected to alternative communication (FB, Twitter, Instagram, etc.) are more likely to vote for him . . . which would explain the correlation between age and voter preference across all groups
Data Reports and Analysis
3/31/16 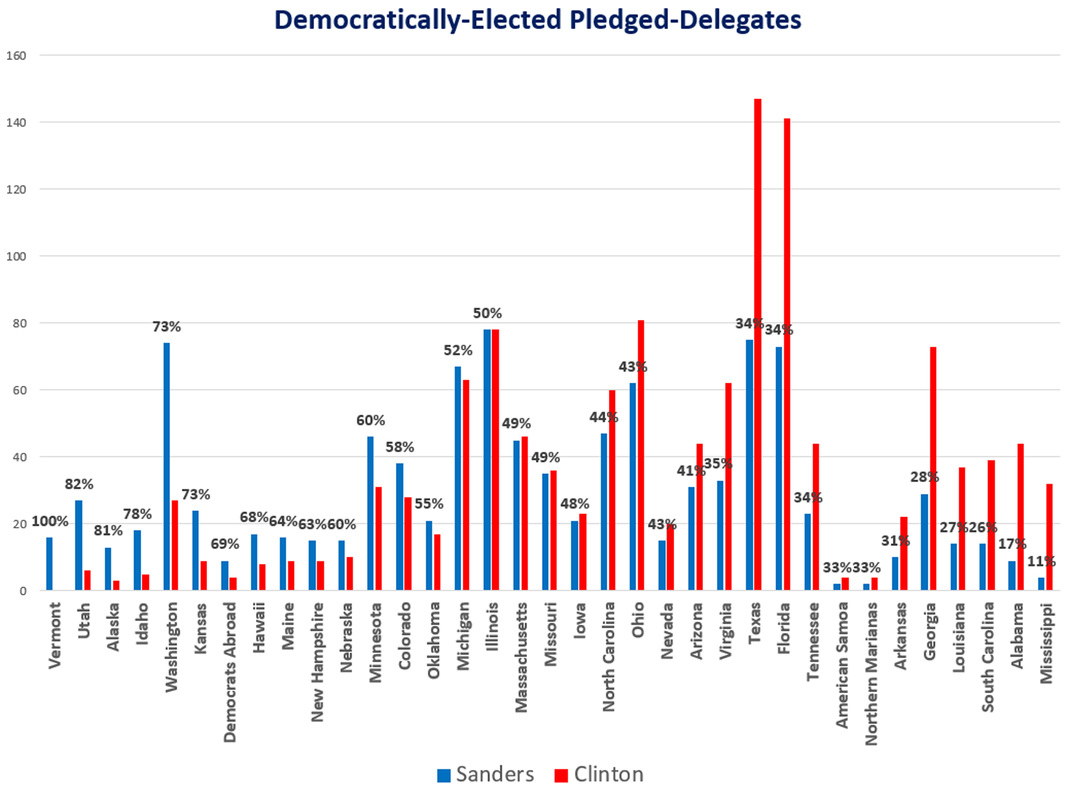 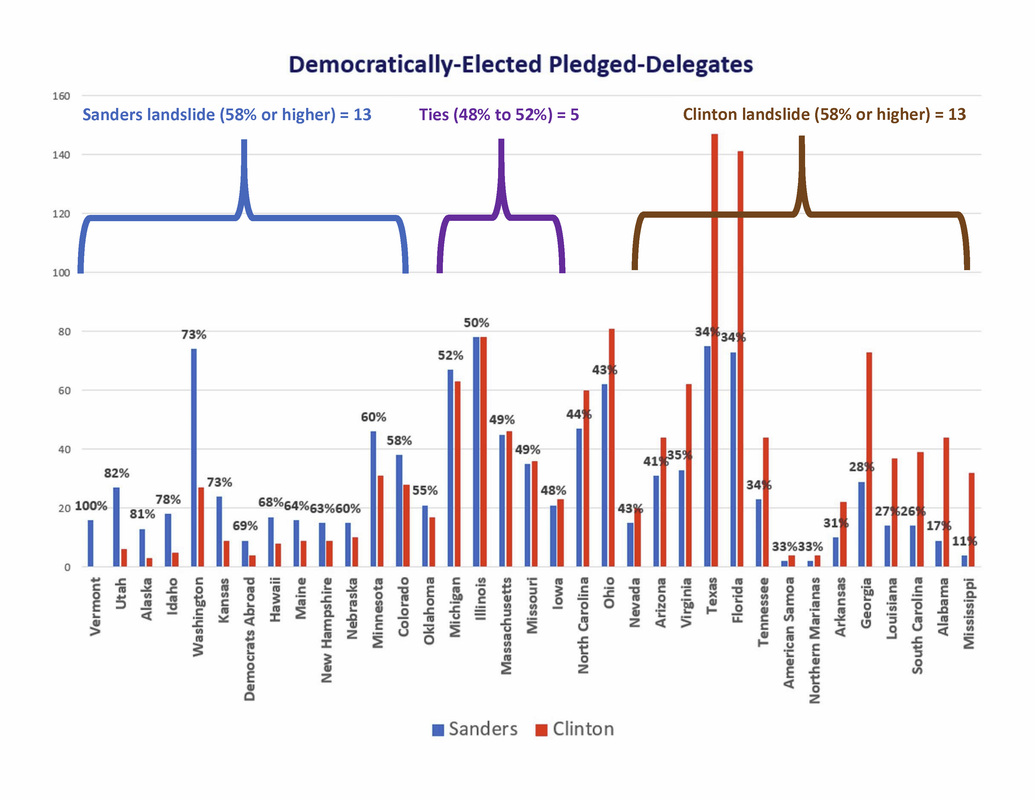 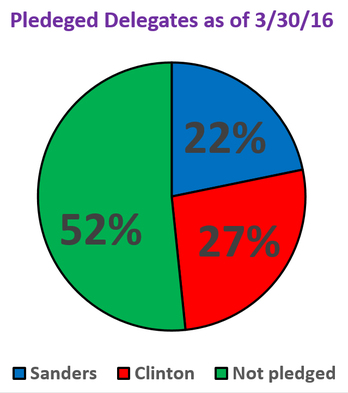 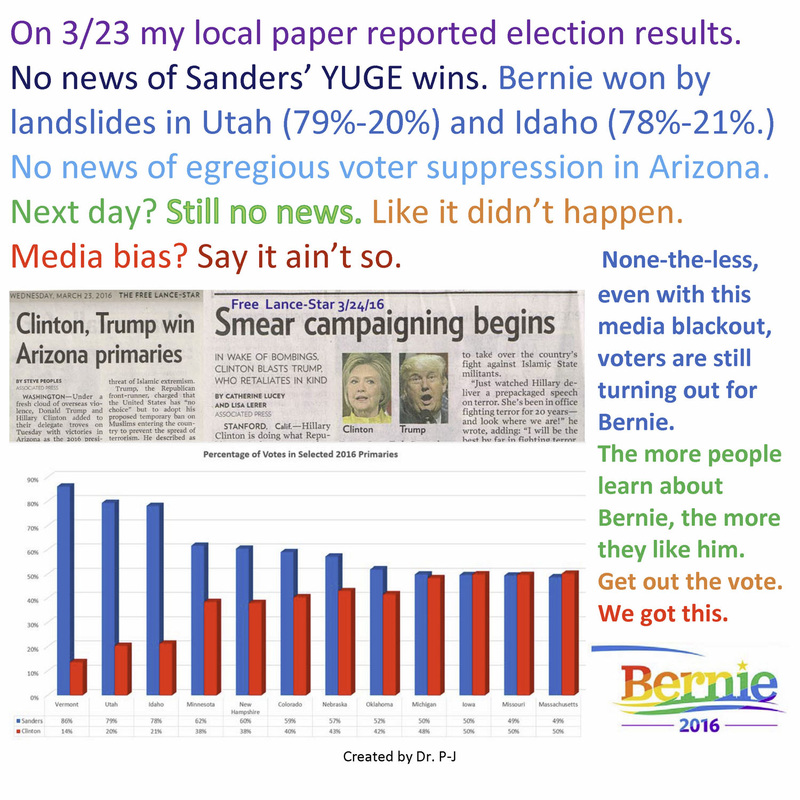 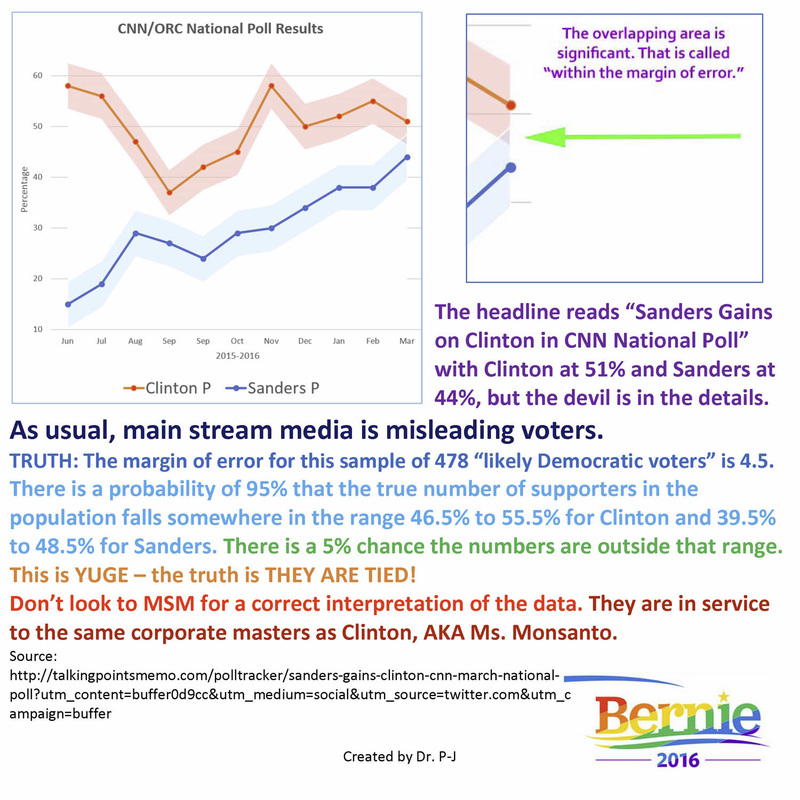 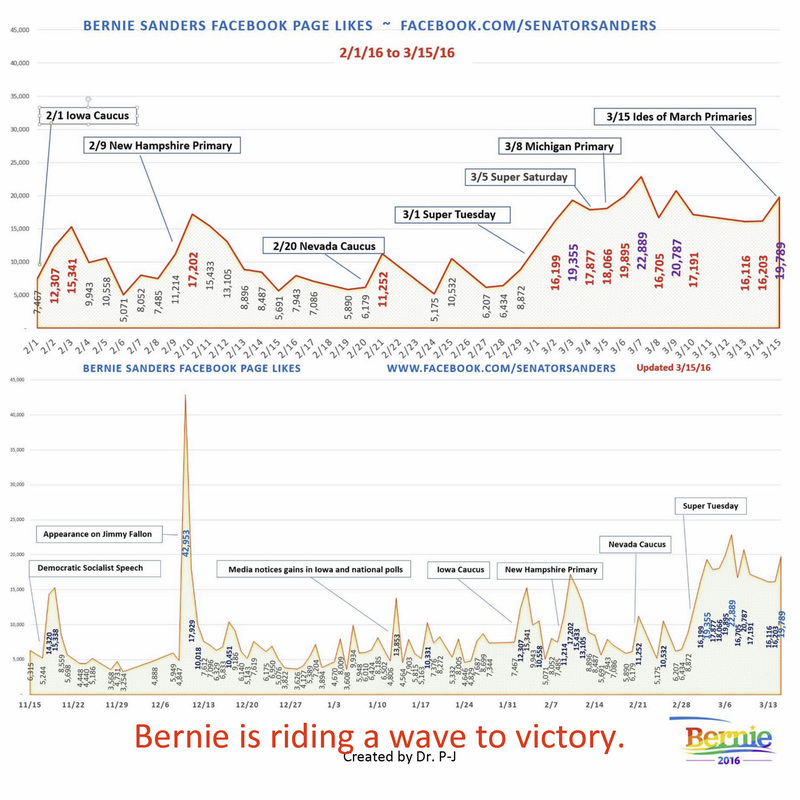 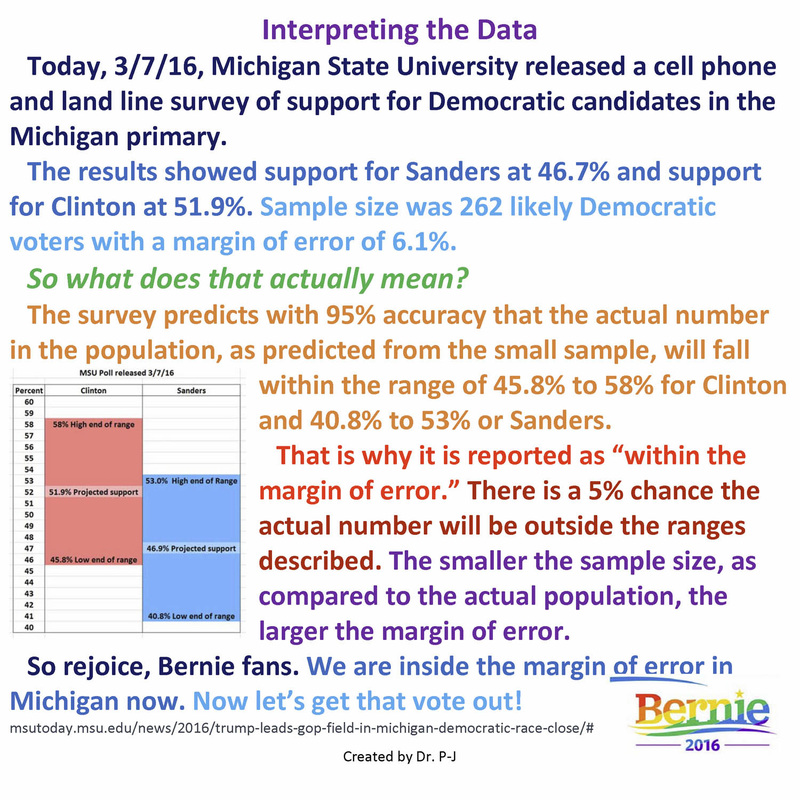 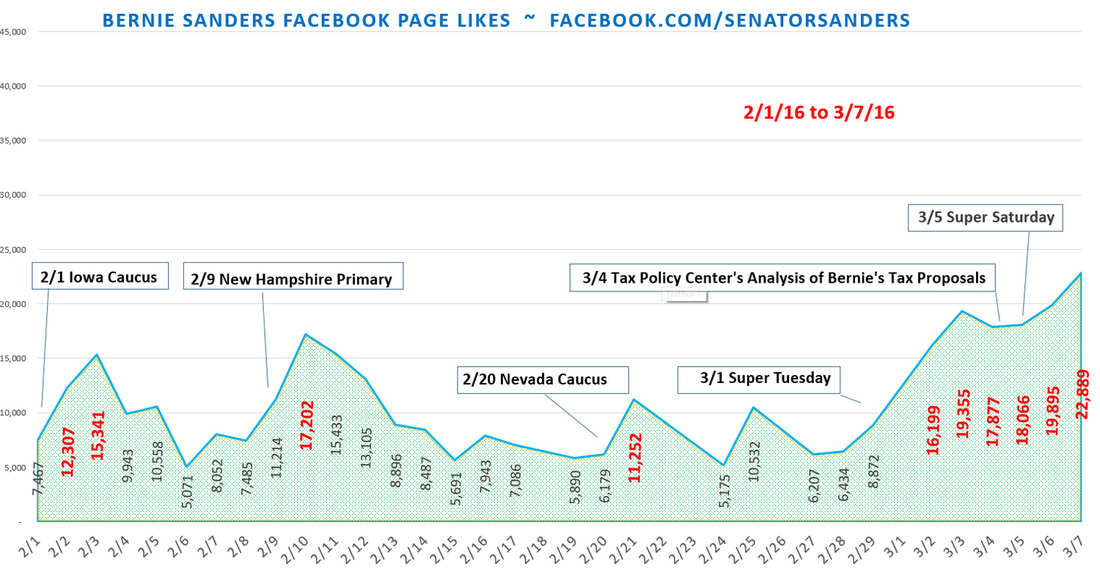 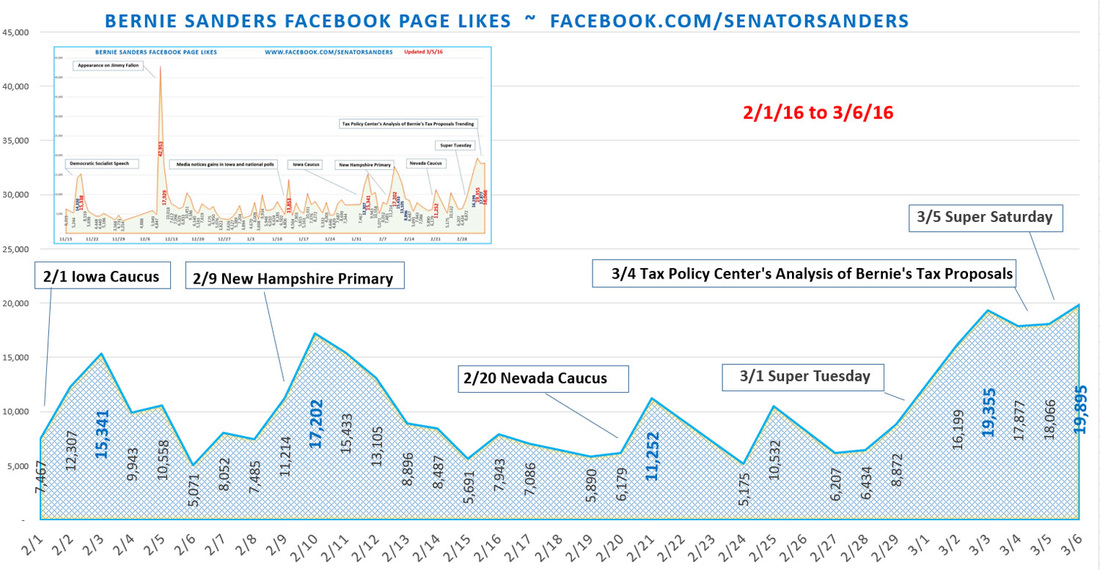