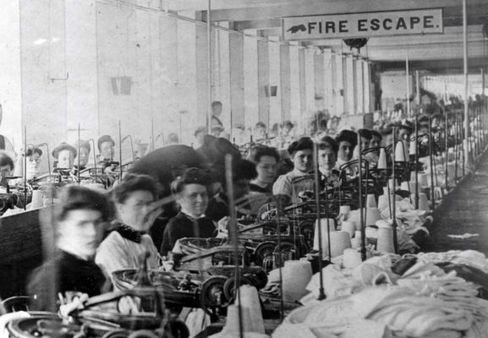 Income Inequality in the Time of Rise of the Machines

​I have been thinking about the concentration of wealth that has migrated to the top 1/10th of 1% in the years since Reagan busted the unions, corporatized the university, and deregulated many aspects of industry and banking in this country. Of course Clinton helped things along by allowing Glass-Steagall to sunset, pushing NAFTA through, and reducing taxes on the wealthiest.
So here we are, with the greatest income inequality since right before the Great Depression and I see people hating the wealthy and the leaders of the largest corporations. But I think the enmity against the rich and powerful is somewhat misdirected.

Our real adversary is not the set of individual CEOs, billionaires, and millionaires, but rather it is a machine – an algorithm – the corporation.

You should have heard of the Triangle Shirt Factory since a murderous fire (very similar to recent fires in Bangladesh garment factories) launched the modern labor movement. But another fact about which you may be unaware is that the garment industry of that era offered workers jobs with low wages and no job security.

If a woman working at a garment factory sewed through her finger, she was fired on the spot because she could no longer do her job. There would be three women waiting in the office. The first one in line got the job vacated by the injured worker.
So it is with the CEOs of the transnational corporations that exploit workers worldwide; if a powerful CEO changes heart and abandons his powerful position there are three more waiting in the lobby, so to speak, to take the spot. Railing against the individuals who wield the power is a waste of focus – we need systemic change of the rules that govern corporations. A corporation is a soulless, heartless algorithm for producing profit for shareholders. This machine weighs the costs and benefits of a given action based solely on financial considerations. If the law requires a scrubber to be placed on a dirty smokestack to save human lives, but the cost of the fines and restitution to the victims is less than the cost of the scrubber, the corporation will choose the second plan. It MUST choose the more economical plan because its sole function is to produce profit.

Externalizing costs to the environment by dumping pollution, carbon, etc. is something a corporation MUST do, since it is the most cost effective plan. The fact that the sustainability of the biosphere is imperiled and our species is in line to join those already lost in the sixth extinction is of no concern to the corporation. It is a machine.
​
Don’t ask a machine to make a moral decision. It is not capable of this action. Change the rules that govern the machine. Dismantle the machine. But don’t ask it to care about human life. 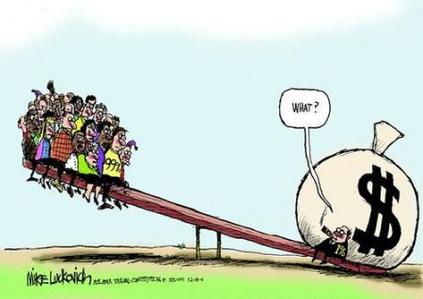 Some Explainations of Income Inequality 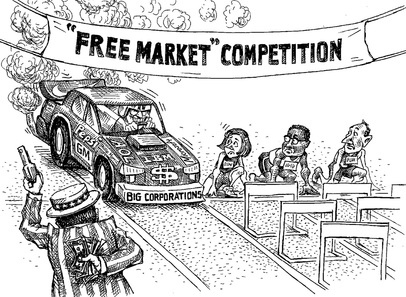 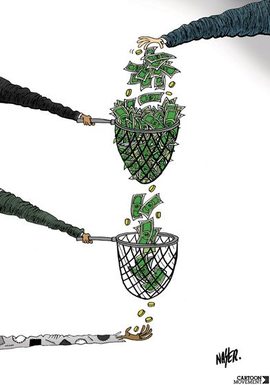