Pennies on the Railroad Tracks 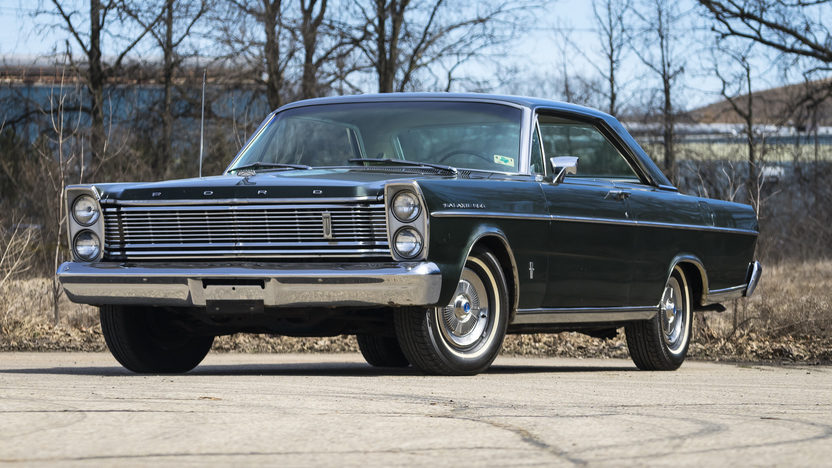 I discovered The Crocodile in around 1968. I was a senior at Orange High School and had been going to the Peace Center in Santa Ana, taking sensitivity training and developing and executing plans to leaflet the draft board to let young men know that there were alternatives to cooperating with the draft and going to Vietnam to kill people who did not deserve to die while risking getting maimed or killed.
​

The Crocodile was part of that same scene – not the “hippy” movement, per say. I was never a hippy. But certainly part of the peace, love, and understanding ethos of that time. The Crocodile was a “head shop” in that it fed your head. When you walked into the place, it had a wonderful vibe. First of all, it smelled good. They sold and burned incense. Then also they sold a wide range of psychedelic and hippy-type goods. There were posters. There was a black light room. There was art, clothing, soap, you name it. Jewelry – hand made by real people who lived nearby.


The Crocodile was located on Chapman Avenue west of “The Circle,” which was an old school (1880) traffic circle named “The Orange Plaza.” We all believed that if you drove around the circle more than three times you would be stopped by the police. The Orange Police were a nasty group at that time. They wore riot helmets just driving around in their cop cars. They were at war with young people, rousting us repeatedly, apparently for the crime of being a pedestrian. One did not provoke their interest.


So the Crocodile was a hangout, sort of. A place where the elite meet, if by elite you mean high school students with two dollars to spend at a place where things are cheap. It was a respite from the relentless avocado green and burnt orange consumer culture being crammed down our throats daily in Orange County. Did I mention they sold patchouli oil?


In 1969 I started college, at Cal State Fullerton, later to become California State University at Fullerton. The name change seemed pretentious and just a rationale for raising tuition dramatically, which they did. I called it “FU.”


I wanted to make a bracelet of coins that jangled. Pennies were too thick for esthetic reasons, physical reasons, and logistical reasons. I had previously conducted an experiment of flattening a penny on the railroad tracks. I knew flattening a penny was illegal defacement of the coin of the realm. I didn’t want to get caught, so I had gone over to a quiet place I knew of, up where Main Street dead ended at the tracks, before they built Angel Stadium and Main Street was continued through to Katella.


It was where the tramps had a camp, a place where we were strictly forbidden to go. Obviously as soon as we found out that we weren’t supposed to go there we went that day. But there were no bums there, just some ratty mattresses and other trash, and some eucalyptus trees with boards nailed onto the sides so you could climb up them. Now that was a dangerous enterprise. Some of the boards were loose, rotting, and could and did break off when you climbed on them, which I did. I was an excellent tree climber; I knew how not to fall off while climbing trees, so this was not one of the times where I didn’t really almost die. But I digress.


That first penny on the railroad tracks was lovely. I placed it one day and came back the next. I found the penny after a fair amount of searching; it had been flipped a long way from the origination point.


The penny was dramatically changed. It was very thin and was elongated into a large shiny oval. I took it home, my newest treasure. This was the germination of the idea to make a bracelet. I already had the chain with a clasp, picked up on the cheap at a thrift store. But I didn’t want to go all the way back to the hobo camp. I gathered a large quantity of pennies and drove over to The Crocodile. I parked in their parking lot and then went out behind to the railroad tracks and laid out a couple dozen pennies on the tracks.


The next morning, bright and early, I gathered up two of my siblings and a dear friend, Jayne, Ronn, and Katrin, to drive them to school before I went to my first class. They agreed to help me look for the pennies. We parked in front of the Crocodile and went behind to search for the pennies, which were scattered all over the place. It was like a treasure hunt.


But then, trouble arrived. A cop was walking up to us from the vicinity of The Crocodile. There was no escape. We were being rousted. And we were breaking the law. I was contributing to the delinquency of minors, with my illegally defaced US pennies. I clutched the pennies in my fist. With my young wayward minions behind me, I walked up to the police officer, determined not to go to jail that day. I knew my rights. I had memorized a card that resided in my wallet defining that I did not have to agree to be searched without cause, along with other ACLU “Know Your Rights” tidbits.


Finally, realizing that he had me, that there was no escape, I thrust my fist forward and opened up my fingers, saying, “Alright. Here you go. Pennies on the railroad tracks.”


The officer looked at me with disgust. Then he turned on his heel, walked back to his vehicle, and sped away.


We were temporarily delirious with joy and then we rushed to the Ford Galaxy 500 black hard top sedan with air conditioning, and I got those kids to school, and not a minute too soon. They made it to class on time and so did I.
I did make the bracelet, hammering holes in the pennies with a nail and threading them to the chain with little rings I got at a bead store (probably the bead store in Laguna Beach that I loved so dearly). I jangled that bracelet at concerts and parties for years to come. 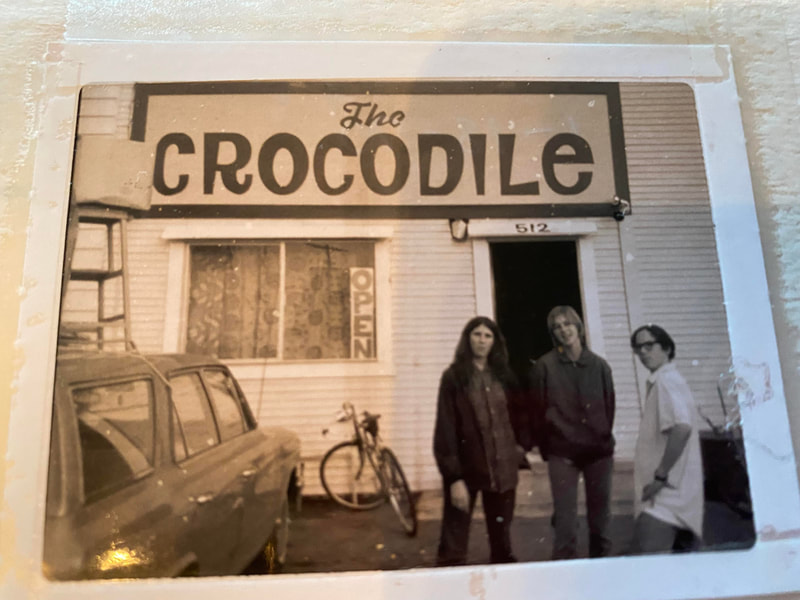 Jayne, Katrin, and Ronn, posing in front of the infamous Crocodile, back in the day. -- Photo Credit: Kathy Landis Bowman
Shelley Pineo-Jensen, Ph.D.