6/21/16
Els van Duin shared a spread sheet of dangerous sites (author unknown):
Most of these sites plagiarize blogs and articles
Some of them have grayware/malware
Some of them will try to phish people
6/6/16
FireChat phone app
It’s called FireChat and it gained fame among demonstrators and political organizers after the Hong Kong democracy protesters took to the app in late 2014. It works by creating a “peer-to-peer wireless mesh network” that connects devices either by Bluetooth or Wi-Fi. That means, while other communication apps can crumble under the pressure of too much usage, the more users that on FireChat, the stronger its network becomes.
In the fall of 2014, when as many as 100,000 pro-democracy protesters crowded into downtown Hong Kong, FireChat saw a reported half-million downloads in the city. Now, whether or not the Berners expect that level of mayhem, they’re also rallying around the app.
Reddit user RacistJudicata, the administrator of the subredditr/BernTheConvention, which counts over 6,600 members, told Vocativ in an email that the embrace of FireChat arose mostly because visitors to the forum have consistently recommended its use. “We thought it would be a good way for supporters to stay up to speed on things happening during the convention, i.e. the where’s and when’s,” he said. “We think FireChat is neat because it works via Bluetooth so supporters who don’t have access to Wi-Fi or want to or can’t use data can still be connected.”
Insurgent Intelligenc by Nafeez Ahmed 6/3/16
Renowned NSA whistleblower calls for ‘radical’ popular action to take control of information technologies
To search on line without leaving a history trail in Google Browser, right click on the link and choose "open in new incognito window"
======================
​For privacy in on-line searching:======================
For privacy in on-line chatting 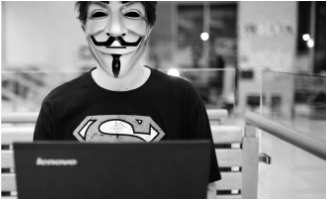