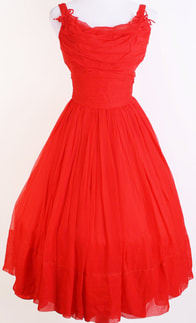 Once upon a time, back when people lived in villages under the protection of noble persons, there lived a young lass named Glenda. Glenda lived with her mother, who was well respected in the region as a seamstress able to create the finest of gowns and hats. Glenda had blond hair, blue eyes, a lovely figure, and a good character. Glenda’s best friend was a girl named Doreen. Doreen had black hair, dark eyes, a lithe figure, and was vivacious.
Whenever the lord of neighborhood held a party, Glenda’s mother was always invited, due to her important role making the dresses of the important women in the area. Glenda always went and she always brought Doreen with her.  When they danced, Glenda was more sedate; Doreen was more lively, and if she did not favor her partner, Doreen would sometimes trip him up a bit (on accident of course) and make him look a bit clumsy. Sometimes Doreen and Glenda would dance with each other, and that is when they looked the very best.

When they attended the balls held by Duke Joseph, Glenda and Doreen were always dressed in lovely, if simple, dresses created by Glenda’s mother. Glenda’s mother was always careful not to show up the gowns of the important women – there was a hierarchy of costume and the woman with the most power always got the dress with the most finery – more lace, more beads, more sequins, more feathers, more of all the best elements available that season.

But . . . one time Glenda’s mother made her the red dress. The red dress was very simple and yet it was somehow the loveliest gown of all, due to its amazing color and its amazing fit. It had just the perfect amount of décolleté to feature Glenda’s lovely figure without being carnal. It had just enough fabric to twirl out beautifully when Glenda spun as she danced. Doreen’s gown was also gorgeous – made of Cinderella blue fabric with a bit of lace here and there – and it served to show off the red dress even more, if such a thing is possible.

Near the end of the ball, Duke Joseph, or Uncle Joe as he preferred to be called, called the two young women to him. He said, “There is a reason I’m known as ‘Uncle Joe’ – it is because I am the uncle of the crown prince. This you knew, but what you did not know is that in a few months I will be throwing a very special ball in honor of Crown Prince Henry. And I want you” (and here he stopped and pointed to Doreen) “to be wearing that red dress.”

Both girls were stunned into silence. Doreen wondered what it all meant, but Glenda, who knew what it all meant was excruciatingly disappointed. Uncle Joe wanted her dress, but not her! How insulting. But being a polite and wise young woman, she composed her face into a blank mist and looked at Uncle Joe, waiting for him to finish.
“So do you agree to do this thing? There is no telling what will happen, but you will owe me your life, dark haired lass, if all goes well . . . “ Both girls nodded their assent. They were unable to do more. Much power swirled about them, and they were out of their depth. They knew no more than to agree.

The next morning, Doreen came early to Glenda’s house to get the dress. Glenda refused to come downstairs and see Doreen, and Glenda’s mother pursed her lips and said little beyond, “Here you go. Hope things turn out for the best.” Doreen left slowly, sadly, knowing she was losing the friendship of her childhood companion, but underneath her sorrow, a fever bubbled inside her. She was going to wear the red dress to a ball and meet a prince. Uncle Joe thought she would win the prince’s heart. She wished it would be so.

- - -
The next day, Doreen was back at Glenda’s door early and agitated. The dress didn’t fit her right. Glenda’s mother sniffed. Doreen begged for a fitting but all she got was, “It’s fine. It was good enough for Glenda; it’s good enough for you.” Doreen had no recourse, no court of appeal.

- - -
The day after that, Doreen was back again. This time she didn’t come to the door – she stood just outside the gate into the front yard and waited, hoping that Glenda would come out so she could make her appeal directly to her (former) friend. Glenda looked out at Doreen from her second floor bedroom window and wished that a hole in the ground would open up beneath Doreen causing her to vanish away.

But no hole in the ground opened up and Doreen stayed all morning. She left around lunch time but then came back to wait all afternoon. Glenda grew tired of being restricted to her house and perhaps felt some empathy for Doreen, but however it happened, Glenda finally went out to talk to Doreen, while Glenda’s mother glared from the open front door at the pair of them.

Doreen pulled Glenda away from the gate and down the street and eventually cajoled Glenda to come into her house and look at her wearing the red dress. Glenda could see at once what the problem was. The dress fit well enough all over Doreen’s body except in the bosom. She had never really that about it before, but now it was obvious – Doreen’s breasts were smaller than hers and the dress kind of caved in around them. No charming décolleté here. Glenda took pity on her friend.

She had an idea and acted on it. She tried various materials, setting on some soft wool, and filled up the bottom sections of the front panel of the dress, boosting Doreen’s bosom up into an attractive shape. She sewed the padding into place as best she could and was proud of the results. Doreen looked beautiful.

Glenda was drawn into the project and eventually helped Doreen prepare for the ball, decorating her hair and calming her nerves, reminding her of her assets of wit and charm.

Doreen went off to the ball, and as Uncle Joe predicted, captured the heart of the crown prince. She married him in a very fancy ceremony in the castle many miles away. Glenda and her mother were invited but did not attend.

Glenda went on with her life, married the town barber and learned apothecary arts to support his healing business. They had four children and had a modest and enjoyable life together. When her mother became old and frail, Glenda and her husband took her in and the old woman helped care for her grandchildren and then her great-grandchildren.

Doreen went on to have a very fancy life. She had ladies in waiting, attended countless balls, and had the finest clothing of any woman in the kingdom. She bore her husband three sons and eventually became the queen of the land. She became political and manipulative, advocating fiercely for the advancement of her first-born child. Nothing was good enough for him – all others must step aside to make way for her ambitions for her son, the new crown prince. Her machinations drew the hostility of the court, the enmity of the king’s foremost advisors, and eventually the disdain of her husband, the king. On final intrigue brought her into direct conflict with the king – some business about the disposal of some prime real estate that the king had appropriated and planned to give to a favored noble. Doreen plotted and schemed and wound up locked up in the tower. Even her bonny boy could not save her. Whether by pining away or by poison, no one ever revealed, but after several years, Doreen died up there.

Chamber maids eventually packed up all the fine clothing from Queen Doreen’s closet, and in the back, on the floor behind some hat boxes, they found a piece of red fabric. Unfolding it, they discovered that it was a dress, a red dress. “Much too plain for a queen,” cried one of the girls.

“Why do you suppose she kept that?” another pondered. Then they tossed the red dress onto the rag pile, to be made into cleaning cloths, and went back to their work.

Moral: Be careful what you wish for and/or don’t take your friend’s red dress. 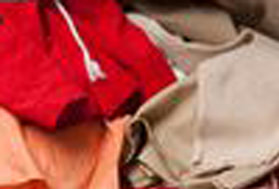